Autumn Birt is a travel and fiction writer currently based in Maine. With a Bachelor of Arts from Bucknell University in Studio Arts and English, Autumn once considered a career in illustration. After a few years of selling a few paintings while working as the manager of a gallery and custom framing store, a party and fine gifts store in Virginia, working retail at a gourmet kitchen store, being the head embroider at college clothing store, and finally waitressing for a year, she decided to head back to University. After two years of intense science courses, this career change led to a Master of Science degree in Ecology and Environmental Sciences from the University of Maine in Orono. Since graduating with her M.S., Autumn has worked for the USDA Natural Resources Conservation Service.

Looking for more than a job, even one involving conservation, Autumn has recently attended two fiction writing courses titled Novel Writing and Advanced Creative Writing. Her writing and photography has been published in the Red Wheelbarrow. She has had travel writing accepted at Europeanvisits.com and has had photography published at BMW Motorcycle Owners News. Her previous blog at Weifarer’s Wanderings has been featured for three days on Freshly Pressed, WordPress.com’ front page for exceptional bloggers. For examples on blogs about writing and the writing process see Work-Life Balance? It doesn’t? (article featured on Freshly Pressed), Concepts versus Characters, Edit or Rebuild, and What the Editor Said. Autumn is currently the writer and editor of the adventure travel website No Map Nomads. In February 2012, she published her first novel Born of Water on Amazon.

A wanderer at heart, Autumn’s desire to travel has led her to France while still in high school, a year abroad in Manchester, England, and more

recent trips with family to Mexico (both the Pacific and Gulf of Mexico sides), US Virgin Islands, British Virgin Islands, Bahamas, Spain, Gibraltar, Morocco, Costa Rica, Saba, and Canada. She has plans for many further adventures both real and fictional.

I have been interested in fantasy books since a young age. Author’s such as Charles de Lint, Terri Windling, Margaret Weis, and Anne McCaffery–and even artists such as Brian Froud and Andy Goldsworthy–have shaped my ideas of fantasy and what constitutes a novel. I have always been interested in novels that could transport me to a new world or, if it remained in this one, could alter my view of what was around me. As I began to write, I became interested in stories that were unlike those I had read in the past. I did not want to be a copycat author but wanted to create my own world and perspective. I do my utmost to not fall back on Medieval themed sword adventure stories, elves, dragons, trolls and such.

With these lessons in mind, I wrote Born of Water. This fantasy story–soon to be a series–is set in the fictional world of Myrrah. The time period is roughly equivalent to late Roman era. Like the Mediterranean, commerce and travel is most often over water. I like to say that this adventure story has a lot to do with sailing.

One of the things I like best about traveling are experiencing distinct cultures. So, Myrrah is populated by many unique people and tribes, including some original creations such as the Kith and the Ashanti. These lend the book depth and many unexpected turns.

Born of Water is currently my only finished novel. I am working on a Companion to it that will contain stories of some of the tribes and other background elements to the book. It will be offered for free on Amazon later this summer. I am working on the sequel to Born of Water as well, titled Rule of Fire. The final book in the series will be Spirit ofLife. 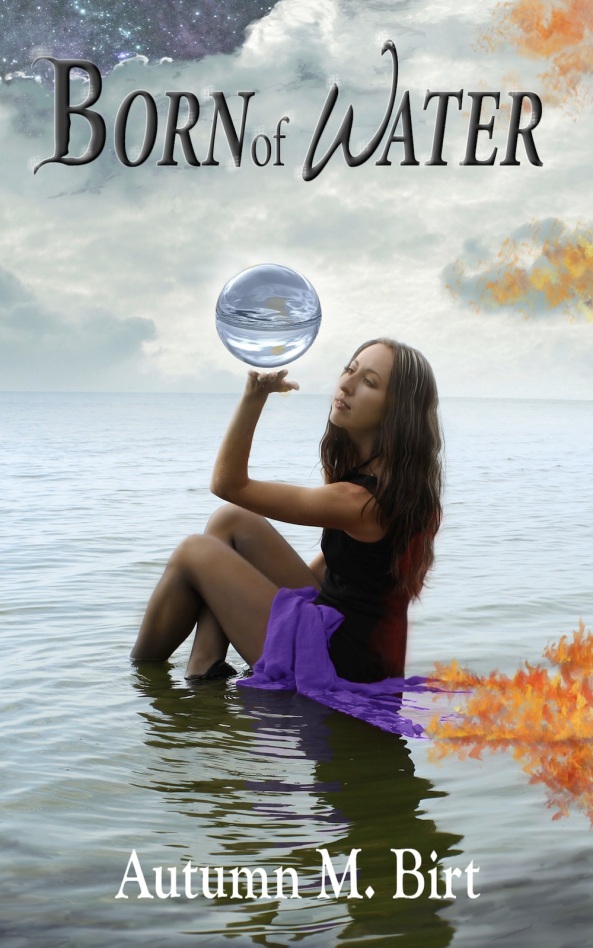 I have outlines to several further fantasy novels. Friends of my Enemy will be a rewrite to a finished novel I wrote several years ago entitled Deliberate Actions. This rewrite will clarify the original story which is set in the near future, giving it a darker feel and speeding up the pace of the first version. My vision of this novel is of the nobility and plots of a Medieval court set in the chaos following a third world war as society begins to rebuild.

Dubharach will be a dark and twisting modern faery story. Set in our world, the story will use ancient myths to weave a tale of modern desperation. Told through several characters, the novel will delve into Celtic and Native American myths to pollution, extinction, and organic farming.

There are several other fantasy stories I’ve been developing and are planned for the future. I also have a few non-fiction books that I am working on. The first of these is Year in a Yurt, which is about the decision of my husband and I to sell our house and move into a yurt in Maine and our subsequent attempts to adapt. My perspective is written and my husband is filling in with his views. When he is done, we will begin editing with the hopes to publish it on Kindle late this summer.

In line with our travel website, I plan to compile some of the most viewed stories into a travel book, Danger Peligros!. A final fictionalized true story will be 16 Days. This novel will be based on a 3,100 mile motorcycle adventure my husband and I undertook through the Canadian Maritimes. From inexperienced rider in a young marriage, the journey will cover more than miles and coming home won’t be on the same road.