One thing I never really imagined changing was my writing routine. I write pretty consistently (every day, in fact, unless I’m in the midst of a massive editing project, and even then I try to squeeze a few hundred words in just to say that I did), but the level of planning and preparation I need for a new writing project — aka the “pre-writing” work — has never been that much.

For science fiction (like my recent release, The Last Acolyte), I usually come up with a list of all of the major alien races, planets and pieces of technology, and if necessary I’ll write a few paragraphs about the major concepts in the setting in order to maintain consistency. Once that’s done, I create a rough outline, and then jump right into writing. 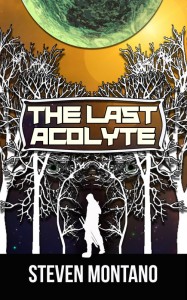 For fantasy and epic fantasy I tend to do less outlining and more world building, since that really is the bread and butter of that sort of work. I go overboard drawing maps, writing timelines, (badly) sketching new weapons, writing up bios for major characters and monsters, etc. I absolutely LOVE world building, and with as much effort as I put into building, say, Malzaria (from The Skullborn Trilogy) or Earth After the Black (from Blood Skies), the actual stories practically wrote themselves.

Basically, in both cases I was able to do lots of world-building and very little advanced plotting, but the world building was so detailed and complete I had no trouble writing the actual novels from the seat of my pants (aka “pantsing”, for those of you playing the home game). 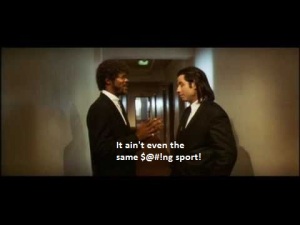 I’m still doing quite a bit of “world” building for this project (in this case it’s “setting” building), though not as much as usual. My as yet unnamed novel is set on the fictional island of Raven’s Gate, a community north of the San Juan Islands and off the western coast of Washington State (an area I know pretty well), but since I based the place on an amalgam of a few different very real locations I spent a great deal of time researching realistic weather patterns, temperatures, fauna, tree life, history, etc.  I had to come up with a believable demographic, determine what would be the size and make-up of an appropriate police force, and tried to calculate what sorts of resources an island that size would have available.

But wait, there’s more! Since it’s a murder mystery and the world has grown so savvy with CSI-fu, I, too, have been pouring through Crime Scene and Forensic texts and learning all about securing a crime scene, the shortcomings of fingerprints, how to take a mold from a shoe print and other fun stuff I’d never really thought about before. I’ve learned a lot about illegal drugs, which prisons are the worst, the truth about the modern mafia and how hard life would be as a cop in Philadelphia.

Oh, and since one of the main characters is Black (which, I shamefully admit, I am not) and the other is a German hacker (which I also am not), I did yet more research to try and make sure I present realistic characters. 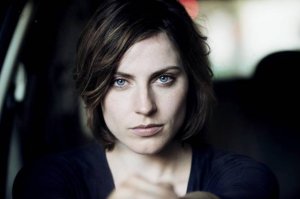 (My main characters, Malcolm Stone and Lara Richter, kindly portrayed by Idris Elba and Antje Traue. Hawt.  Check out my Mystery Project Pinterest Board to see more inspirational images for the new project.)

Finally, prior to starting this project I hadn’t actually read a lot of mysteries, so guess who’s been binge-reading novels about Matt Scudder, Walt Longmire, Cormoran Strike and Inspector Gamache?

Oh, and the whole “plot as you go” thing I was able to do with science-fiction and fantasy? Not going to fly with a mystery novel. Dropping random bits and details I can tie together later isn’t going to work so much, because when writing a mystery you have to know exactly where you’re going, how you’re going to get there, and why you’re going there in the first place. For the first time in my writing “career”, such as it’s been (this will be my 12th fully written novel), I’ve had to lay out a fully detailed plot before I even sat down to write, complete with thorough notes.

Now, there’s still room for pantsing (especially with character details and interactions, subplots, stuff like that), but the amount of work I’ve had to do prior to even starting this novel has been, in a word, insane.

But I’m loving it.

So maybe I need a shove every now and again to get out of my wheelhouse. Maybe I needed to take on something I never thought I’d actually do (which, in this case, is writing something totally out of my normal genre). My writing routine was starting to feel a little stale – I was still enjoying the work, but I felt like something was missing for me personally in the act of the actual writing. Maybe this is just what I needed to spice it up.

Will I completely change my writing routine now that I’ve tried things the “Prepare and Plot” way versus using the diploma I acquired at Pantsers University? We’ll see. But writing has become fun for me again, and that’s got to be worth something.

Steven Montano is actually a Bond villain, so don’t piss him off.  You can, however, check out his work at http://steven-montano.com/