It’s funny how often you’ll hear the advice: “write what you know,” and that’s always one of those interesting concepts that just can’t be applied in full to fantasy. The whole point to fantasy is to write something outside of the sphere of reality – that’s what makes it fantasy, right?

Clearly, I can’t know what it’s like to cast a spell, to battle with a flame-breathing dragon or to encounter a genie because I happened to be polishing my lamp. You have to accept the fact that when writing fantasy, you will have to try to breathe life into things that you never have and never will experience. That’s part of the challenge of writing the genre.

On the other hand, I’m a true believer that the best fantasy always contains an element of realism, and that’s one of the reasons why I try to incorporate some of my own experiences into my books, around those impossible things that make up other parts of the story. It’s the best way of allowing readers to suspend their disbelief, by giving them the opportunity to connect to the characters who may be otherwise doing some pretty unbelievable things.

Just as an a example, I’ve integrated my own experiences at my workplace into my writing- events, in particular , that I found terribly frustrating. I wove them into my stories to capture that same “frustration with authority” feeling for my characters. There’s a scene between Fortia and Finch in my recently released novel, Casualties of War, where Finch is battling unrealistic expectations and perfectionism taken to an extreme. This scene is almost an exact duplicate of an encounter I had with one of my managers, where she did things like insisting I should know what she wanted before she wanted it, and be able to second guess my supervisor when he wasn’t providing me with all the details I needed for a particular task, or expecting my work to be flawless despite the fact that she had me working twelve hour shifts on top of a very difficult professional training program (I was chastised savagely for a single transposition error I made at the end of one of these twelve hour days, when I had to go home and spend several more hours finishing an assignment for class the next day.) This was tweaked, of course, to match the character’s situation, trading off accounting for wizardry. 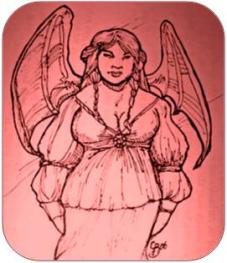 I also wrote an entire short story, Fly on the Wall (to be included in a collection being released by May December Publications) around a separate event that involved a heated discussion with a supervisor over the importance of substance over image. She favoured image (and lacked integrity in more ways than one, so I’m glad I work elsewhere now) and I stayed true to the idea that substance and strong ethics were what mattered more. I had to change the environment for the story, and add some magic and some wonder to make it more interesting, but the root of the story stayed the same.

Making my own experiences an integral part of the stories – my encounters with bullying, my feelings towards my family, my disappointment when someone I’ve trusted has let me down – gives the plot a solid foundation, and building on that, I can add whatever fantastical elements I need to, to make the tale interesting and fun. I think it lends a great deal of strength to plots and that aspect of realism which I strive for.

So the next time you happen to be reading one of my stories and an event intrigues you, remember, it might just be something that actually happened to me, twisted to fit my fantastic tale.